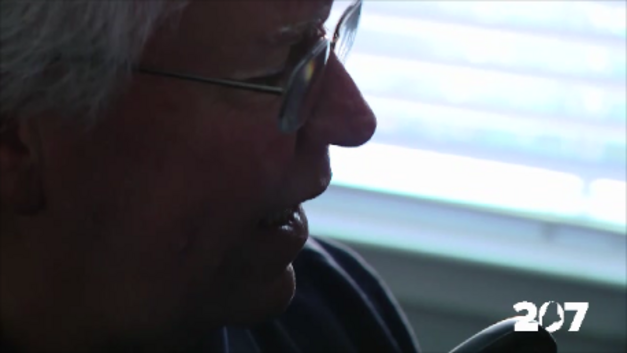 ANGEL OF THE GHETTO

One Man's Triumph Over Heartbreak and Tragedy

"...listening to the  memoir can be an entirely different, more intimate experience".
"Meticulously recorded by seasoned voiceover actor Ed Romanoff...,

​Angel of the Ghetto reconstructs the author’s remarkable journey of survival and resilience while vividly invoking another time in history".

"Ed far exceeded my expectations, bringing to chilling life a most reprehensible character. He was so remarkable in this portrayal that my fellow producer, Lance Axt, raved about his performance, stating that it was now his favorite episode".

“The quality of narration by Ed Romanoff ranks among the highest narrators of audiobooks. The guy was clear, he was concise, he never stumbled over a word. You never got the impression that he was thinking about what he was going to say. Everything was very fluid and all of the characters had their own space, their own time, and whenever there had to be a point when there were multiple voices, Ed Romanoff came through. This guy gets three checks out of four in my book”.
“...I probably have about 1100 titles that I’ve listened to, just on Amazon, not to mention the ones I’ve listened to from public libraries...I found [Ed] to be one of my new favorites”.
--Will Williams, Atlanta

"...a very big thank you to [Ed Romanoff] who should be given very high praise for such a daunting task to perform such great dialogue that gave me an even more of an entrance to the author's world."
--Audible Review

"...[Ed Romanoff] was excellent. Easy to listen to, enjoyable, and the voices made it very entertaining. Looking forward to the next book."

"The narrator, Ed Romanoff, provides a titillating performance that does the story justice. His unique voices reflect each character’s personality and add to an already exciting adventure. This is an enjoyable adventure with some hilarious, tongue-in-cheek, and exciting moments. A rich adventure! There were no issues with the quality or production of this audiobook. The sound was clear and well done.”                                                  --AudiobookReviewer.com

​UP IN ARMS® Puppet Musicals

“Ed Romanoff is one of those rare talents with a virtual catalog of voices".